Latest:
You are at:Home»Art & Music»Filmmaker Todd Drezner Tackles Traffic In New Documentary ‘In Transit’
By Mary on · Art & Music, Transportation

One day as Todd Drezner was sitting in traffic on his way home to Brooklyn from Connecticut, he had a lot of time to consider what it is about a city that creates a traffic jam. And since he’s a filmmaker — his documentary Loving Lampposts received great acclaim for its personal portrayal of life with his autistic son — he decided to tackle the subject in the way he knows best.

Todd is currently working on the documentary In Transit, which focuses on why streets have become a political issue over the past few years, how bike lanes and bike share are changing our streets, and how streets can shape our cities, which of course hits close to home right now.

Transportation is a key issue in Park Slope at the moment, with a Street Safety Partnership and the 78th Precinct trying to help make local roads safer for all. Much of the increased interest came after the tragic death of Sammy Cohen-Eckstein, who was hit by a van on Prospect Park West last October. Sammy’s parents, Amy Cohen and Gary Eckstein, who have been active in trying to get the city to lower speed limits, will be interviewed for the documentary.

Todd is running a Kickstarter campaign to help fund the project, so that he can tell more stories like these from cities across America. With a few days left before he has to reach his goal, we asked him some questions about the film, what he hopes it will show, where he sees traffic heading in the future, and more.

PSS: What is it about traffic issues in the city, and around the world, that would make you want to create a film about it?

Todd Drezner: We tend not to want to think about traffic except when we’re in it, and then only to wonder when we’ll get out of it. But traffic can really tell us far more about a city than we might think at first glance. Just to take one example, the recent horrible traffic jam in Atlanta was not actually about southern drivers not being able to drive in the snow. Rather, it was the result of the fact that only about half a million people live in the city of Atlanta itself, while the population of the metropolitan area is around six million. There’s no public transportation that covers the whole region, so when everyone tried to get home at the same time, they took the only form of transportation they could — cars.

So the traffic jam was actually the result of years and years of decisions made by many different people about a city’s infrastructure. That’s a specific story that proves a more general rule: traffic is not about cars; it’s about people. And that makes it a good subject for a film.

What are some of the things have you filmed so far, and what do you still hope to cover?

I filmed a three-day meeting in Detroit that was designed to study the idea of transforming Woodward Avenue into a “complete street” that is friendlier to pedestrians, bicycles, and transit. It was interesting because the planners had a lot of fairly simple ideas that would have inexpensively and quickly made the street safer. But the community was suspicious of outsiders and worried that the plan was really about displacing them and bringing in wealthier residents. There again, the street became a symbol of other tensions in the city.

In New York, I’ve interviewed a number of people who think about these issues a lot: Sam Schwartz of Gridlock Sam fame, Dani Simons of Citi Bike, Justin Davidson, architecture critic at New York Magazine, and Robert Sinclair of the AAA.

I’d like to continue to follow the New York and Detroit stories and also look at other ideas that people are proposing to improve traffic — driverless cars, for example. My hope is to find a few specific stories that together tell us something about the larger changes happening to the way we think about and use streets. 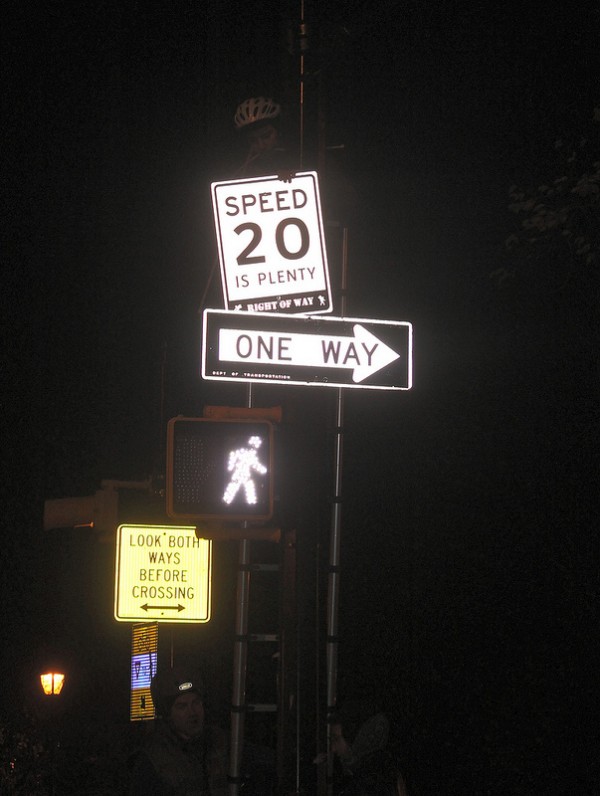 What do you hope personal stories like that of Amy Cohen and Gary Eckstein will add to your film?

A lot of the issues in my film are political and what might be called logistical: how do we use our streets, and who are streets for? Those are very important issues, but there’s also a safety issue that goes beyond any political issue or agenda. Unfortunately, the unspeakable tragedy of Sammy Cohen Eckstein’s death was not an isolated event. Cars kill people in all neighborhoods of New York City. Amy and Gary’s story will bring that fact home very powerfully. I’m inspired by their determination to bring about change in the wake of Sammy’s death, and I think their story will add a much needed layer to the film.

Has your perception of traffic changed since you first started the film? If so, in what ways?

If anything, I’ve become more convinced that the story of traffic and our streets is really the story of our cities. At first, I thought the film might focus on people who have to deal with traffic every day — traffic reporters or taxi drivers, for example. And while I still might be interested in including stories like that, it’s become clear to me that the issue is broader than that. The health of streets tells us something about the health of cities. So I think I’m telling a bigger story than I originally thought I was. 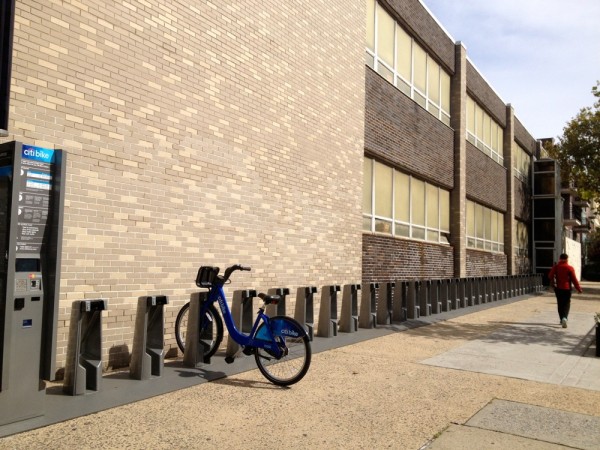 How do you see traffic design changing in places like Park Slope, and New York City at large, in the future?

Although we’ve just had a change in administrations, it does seem like a lot of the recent developments on our streets are not going away. Mayor de Blasio is certainly not going to “tear up the bike lanes.” The yet-to-be answered question is whether his administration will have the same commitment to developing the streets as the previous one. I don’t think we know the answer to that question yet. I do think that Citi Bike has proven enormously popular, and it will probably make its way to Park Slope as the program expands. If that happens, we’ll probably continue to see more bike lanes and more bike commuters.

What’s been different about making this film, compared to Loving Lamposts?

I had a very personal connection to Loving Lampposts, because I have an autistic son. And while that film included multiple viewpoints about autism, I wanted to say something in particular about the value of autism acceptance. In Transit is a different sort of film. I have as much a stake in issues of streets as any citizen does, but my voice isn’t the primary one in this film. My job is to find people with interesting stories and to tell them as well as I can. I’m less interested in a particular agenda than in letting people see those stories and draw their own conclusions — or at least start their own debates.

The Kickstarter campaign for In Transit runs through February 20. You can learn more about the project and contribute here.