Latest:
You are at:Home»History»10 Old Photos Of Snow In Park Slope
By Mary on · History, Weather 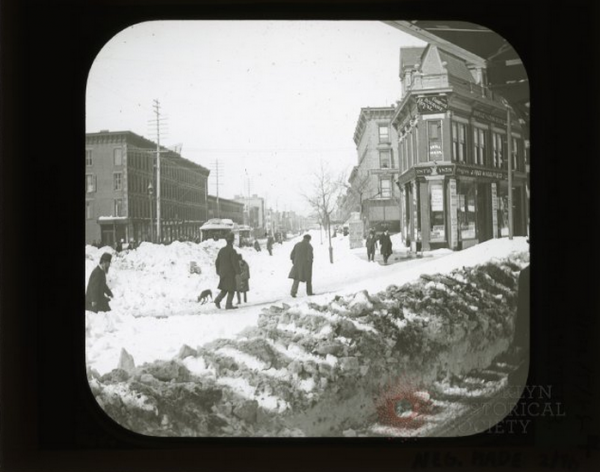 You’ve probably seen a million photos of snow in 2014 already, so we thought we’d take a break from that to look at some snow from history!

We’ve got a ton of snow right now, but not as much as they did along Flatbush and Atlantic Avenues in 1888, as the photo above via Brooklyn Visual Heritage shows. That tiny dog is no match for those snow banks. 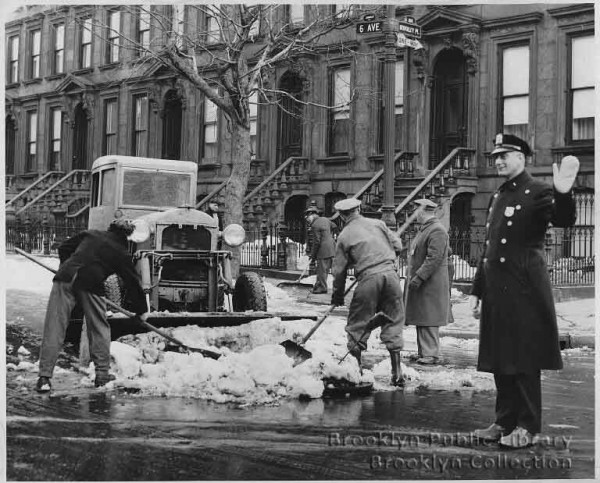 In this photo from via the Brooklyn Public Library, some men go to work clearing the corner of 6th Avenue and Berkeley Place. Love the police officer’s mittens! 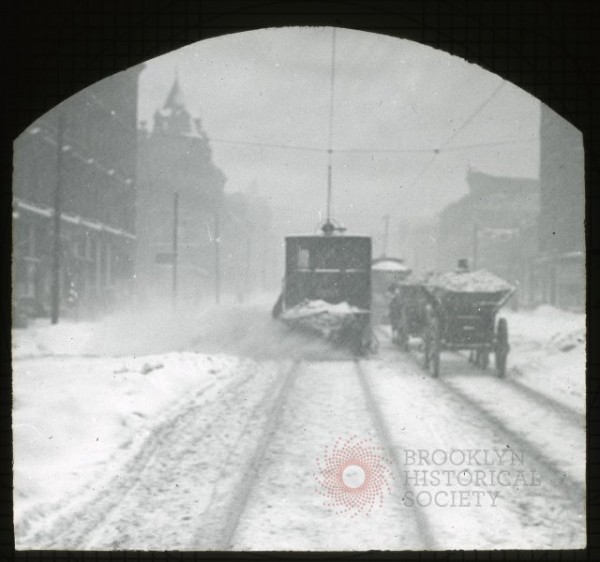 Of course, it’s not always just men manually shoveling snow — machines have been helping us with the process for some time. In this photo from Brooklyn Visual Heritage, a plow clears the way so more horse-drawn buggies, like the one on the right, can head down 7th Avenue. 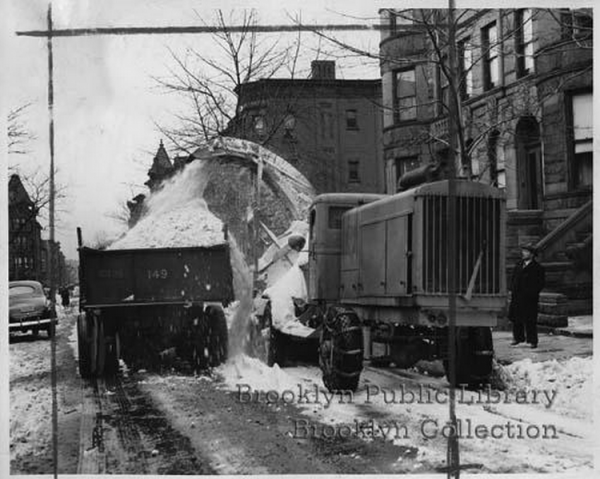 A look at another great machine: Here’s some powder getting trucked off of 8th Avenue at Garfield Place by a “sno-go machine.” This photo from the Brooklyn Public Library was taken, but not during the more famous blizzard that shut down the city in December — this was another pretty nasty storm that occurred earlier that year, in February. 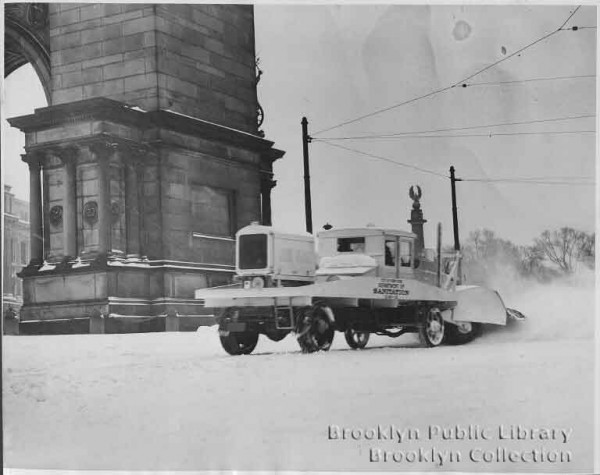 And check out this plow from the ’40s getting to work near the arch at Grand Army Plaza, in another photo from the Brooklyn Public Library. Doesn’t quite match the garbage trucks of today, outfitted with their massive plows and tire chains. 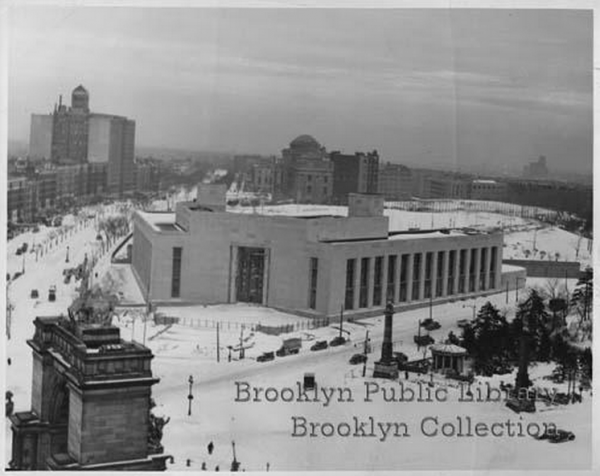 The view from above, in another photo from the ’40s via the Library, is much more serene. 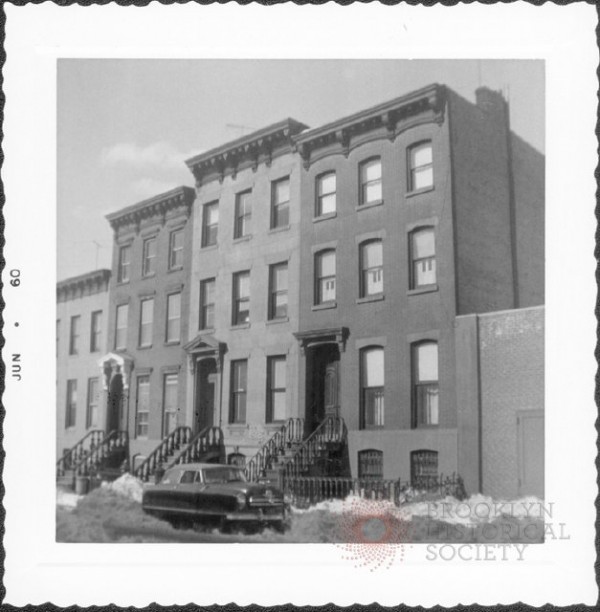 With this run of alternate side parking suspensions we’re experiencing, we wouldn’t be surprised if this car, snowbound on Park Place between 5th and 6th Avenues is still there. Photo via Brooklyn Visual Heritage. 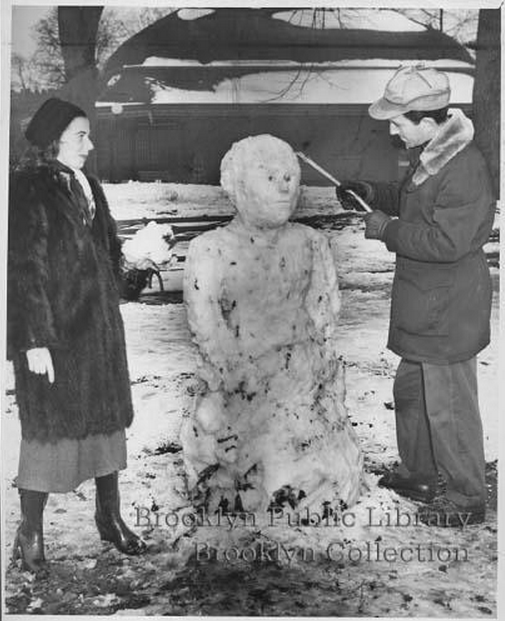 Apparently “the five-inch snowfall provided ample material for their sculpturing [of a snowman]” in Prospect Park in this photo from the Brooklyn Public Library. With the amount of snow that’ll be out there by tomorrow, you and your sweetheart could probably build a snowman army. 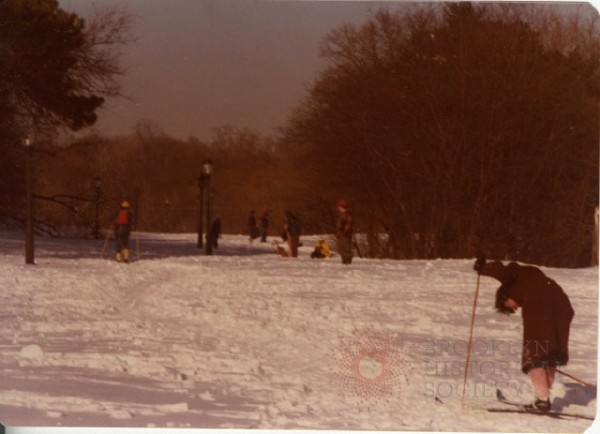 A couple decades later in the park, this skier seems about as done with snow as we feel. Photo via Brooklyn Visual Heritage. 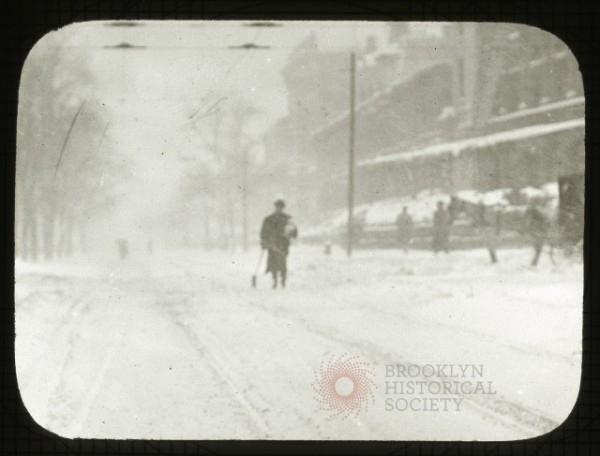 Finally, a photo that almost looks like something we’ve seen recently on Instagram — except this shot via Brooklyn Visual Heritage shows a 9th Street with horses, and, despite all the travel complications the snow has caused so far this year, we haven’t resorted to getting around by mare just yet.