Latest:
You are at:Home»Animals»Friendly Dog Found In Prospect Park Needs A Home
By Mary on · Animals 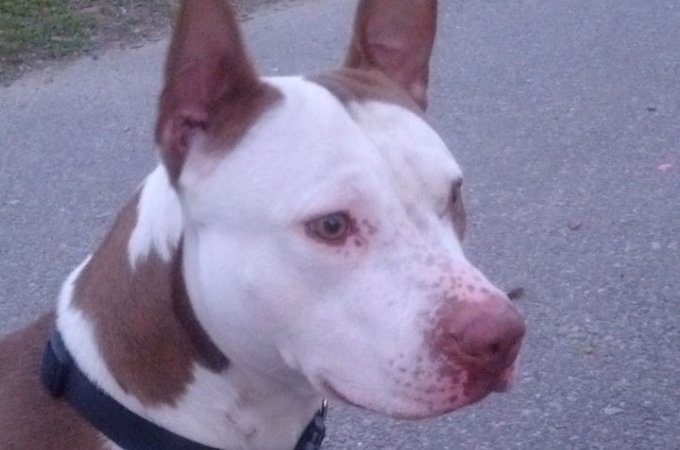 Do you recognize this dog? Foster Dogs NYC reports that a man named Joe found him tied to a bench in Prospect Park, sat with him for a while, then walked around the park with him looking for his owner, only to hear from another park-goer that they’d seen the dog tied to that same bench hours earlier.

Joe took the dog to his Park Slope home and then to the vet, where they didn’t find a microchip, so this nice guy who rescued him — who also has a pit bull of his own, along with a cat — is now hoping to find a home for this dog, because though he seems to be a pretty terrific pup, adding another dog to their home isn’t the best option at the moment.

“He’s very friendly and well-behaved,” Joe says. “He knows sit and shake. He’s very affectionate and spent the night with me on the couch. He has lots of positive energy and does well walking on a leash. He appears to be house-trained as well.”

If you can provide a foster home for this dog, or you’re interested in adopting him, email Joe at , and let them know you found this dog on FosterDogsNYC.com.