Latest:
You are at:Home»Events»4th Of July Fireworks Will Return To East River
By Mary on · Events, Holiday 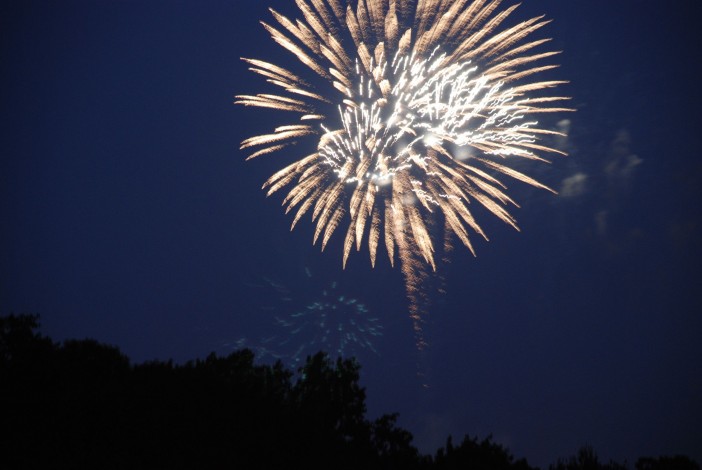 The last time we sat on a Park Slope rooftop and watched the Macy’s 4th of July fireworks show over the East River was, but we can get ready for the return of the summertime tradition as Mayor de Blasio and Macy’s are expected to announce their return to our side of Manhattan today.

“I’m thrilled that, after years of working with Macy’s and my colleagues to make this a reality, the fireworks will return to the East River this year!” de Blasio told the Daily News. “Now even more New Yorkers will get to take part in this extraordinary celebration, against the backdrop of the Brooklyn Bridge, the harbor and our skyline.”

The fireworks went to the Hudson to celebrate the 400th anniversary of Henry Hudson’s voyage up the river, and they’ve stayed there each summer since. Last summer, de Blasio joined other officials to campaign for the fireworks to come back to the East River.

“The outer-boroughs aren’t an afterthought,” de Blasio said. “They should be the main event.”

And so now they are! The Mayor will join Macy’s today to make the return official.

The fireworks will be set up on barges from the Manhattan Bridge down to the harbor, and there will even be some set off from the top of the Brooklyn Bridge.

As we said, we’ve had some luck seeing the fireworks from local rooftops, and in the past five years, a few public spots have opened that might provide a good view — the second floor of Whole Foods, for instance, might be a choice spot. Where’s the best view you’ve had from the neighborhood in the past?